8000 inhabitants, beautiful beaches, a lot of nice taverns and restaurants  the small island of Icaria  also known as Icaria - has it all. It is a good place to spend your holidays in Greece. Apart from the fact that Icaria is not a part of Greece  or at least does not want to be it any more.

Icaria signed a contract with Greece in 1912 to become part of this country. That was after a small revolution had started against the Turkish garrison and the Turks had to leave the island. The contract is about to expire now. But Icaria does not want to stay with Greece  just think about the crisis and all these budget plans. According to an article of the Italian newspaper Libero , the people of Icaria would like to be part of a other country. And that is not Turkey for the obvious reasons  so a local politician suggests Austria as new home for this island, which lies about 20 kilometres from Samos.

Will Austria be lying at the sea in the near future? That is not for sure, because Greece will try to keep Icaria  the fishing grounds around the island are one of the most important in the Aegean Sea. FORMAT talked to Dimitris Rigas, owner of the hotel Cavos Bay at Icaria. He had not heard about the change of citizenship and he prefers to stay a Greek. But he welcomes the new interest from Austria, as tourists from Austria are very important for Icaria. The tourism did suffer from the crisis, but Rigas expects the figures to rise again during July and August.

A long life at Icaria
So even if the idea of an Austrian island is rather strange  the country could use Icaria as a possibility to raise the average age: The inhabitants of Icaria are used to live a very, very long life; an age of 100 is no sensation there. 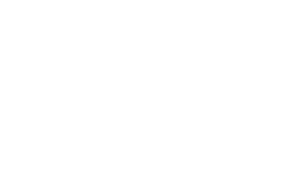